Join in with our Triathlon Club

Join in with our Freediving Club

Ash Lea School is a day, community Special School for children between the ages of three and eighteen who experience complex learning difficulties.

Ash Lea School is a community where everyone is valued, celebrated and works to their full potential. Both staff and pupils have high expectations of every aspect of school life from the curriculum to our extensive range of extended services.

We are very proud of the achievements of our school and the external recognition from OFSTED but we will continue to strive for excellence in all that we do.

Through the differentiated and personalised curriculum, each pupil has the opportunity to reach their full potential. This is achieved through positive partnerships with other professionals, other schools and the local community.

Welcome to Belvoir Archers. An exciting dynamic archery club in the Vale of Belvoirwhere you can just “shoot your bow”.

We are a competitive swimming club based in Nottinghamshire and have over 300 active members of all ages and abilities. We have swimmers from Junior standard through to a number of current Senior GB internationals. CABSC also has a highly successful Masters section and a Water Polo section.

Our aim is to provide the highest standard of coaching and the best quality pooltime in our catchment area.

We offer over 30 hours of training time at a variety of pools across our various squads including weekly Long Course training at Loughborough University and a Core Strength and Flexibility Land Conditioning Programme. We provide a full Development and Education Programme for athletes. CABSC have strong partnership links with the Nottinghamshire County Council Swim Squad (Nova) and we are therefore able to provide full progression through to Competitive Development and Performance level in line with the Long Term Athlete Development Programme set out by the ASA and British Swimming.

We currently have over 30 swimmers who are placed on the County Swim Squad and compete at District, National and International level. CABSC competes in the National ARENA League and reached the Regional final in West Midlands league in 2007, we also compete in local Leagues and have a very full fixtures list to ensure that our swimmers get an opportunity to compete at a variety of standards.

Cotgrave Candleby Lane School and Nursery is at the heart of our community and strives to ensure that every child has the support, care, guidance and challenge to be the best they can be. Our fun and engaging approach, mixed with an invigorating environment and ethos, enables staff and pupils to push boundaries to be the very best they can be in all aspects of school life.We value the uniqueness in every child and celebrate this with them.

The strong bonds are also reflected in our staff team, who have a ‘can do’ approach, care for each other, learn together and work well together as a high performing team. Importantly, we also know how to have fun in what we do.

Our Values CONFIDENCE CREATIVITY PRIDE FUN PERSEVERANCE ASPIRATION RESPONSIBILITY RESPECT. This makes sure that when our children leave our school they can, 'Look back with pride and forward with confidence.'

Our aim is to give visitors to this site a real sense of our school. New parents/carers are always welcome to visit us: to see our excellent facilities and get a real sense of our warm family learning environment. We work hard to ensure that all of our children are cherished and accepted in a school family that encourages and celebrates diversity.

We work in partnership with parents and the wider community to offer many opportunities for the development of the whole child, developing personally and academically, encouraging a lifestyle based on Christian values and teaching. We offer a blend of the traditional and the contemporary: a safe, secure and well-resourced environment which fosters respect for self, other children and adults, animals and the environment. In a creative and joyous learning atmosphere children are able to experience enjoyment of school and celebrate the attainment of their full and highest capability.

Our school works hard to preserve its cultural roots, teaching children to know their own heritage, but at the same time learning to understand and respect the different backgrounds of others.

As a church school we seek to achieve our aims within the context of the Christian faith, keeping true to the school’s Christian foundation and purpose. However, we warmly welcome children of families from all backgrounds whose parents/carers will support the education of their children in a school with clear values, high staffing ratios, a family-centred approach, modern facilities and high standards.

We are a Nottingham based football club providing the chance to play football for all ages.

We currently have an adult squad in the senior division of the NSL, an under 17s squad in the Notts Youth League and many clubs playing in the Young Elizebethan Leagues ranging from Under 16s' down to Under 7's.

Cotgrave Town Council serves a semi-rural community with advantageous transport links to Nottingham, the A46, A1 and M1.

Located on the first floor of the Leisure Centre, the Town Council is positive and forward-thinking, and works hard to provide important services to a population set to expand in the coming years.

Newly Refurbished Shopping Centre, Cotgrave It enjoys a strong partnership with Rushcliffe Borough Council, Notts County Council, Barratt Homes – Wilson Bowden, Metropolitan Housing, Homes and Communities Agency, and other organisations, who have all helped to bring Hollygate Park, a new housing development, to Cotgrave. The partnership is also working hard at planning for the redevelopment of the town centre, and therefore includes Nottinghamshire Police and Belvoir Health Group.

Cotgrave has many thriving community groups offering a range of activities. Thanks to the efforts of so many residents, there is an excellent community spirit and sense of purpose. The Town Council is always pleased to hear your views.

Heartbeats offers people with heart conditions the chance to exercise in a fun and safe environment.

Our classes cater for people who’ve suffered from cardiac problems such as a recent heart attack, valve-replacement surgery or angina.How to Join:To take part in Heartbeats you must first visit your General Practitioner or Practice Nurse to make sure it is safe for you to exercise. They will then refer you to our Heartbeats instructor who will aim to contact you within two to three weeks.

What you will do:

You will take part in our Heartbeats Class, Mondays 12:00 - 13:00 (Cotgrave Leisure Centre) and is led by a specially trained instructor.

At your first session you should introduce yourself to the instructor, who will then explain the class structure and help you as much as needed.Each session starts with a warm up followed by half an hour of simple exercise.

The sessions end with cool down exercises and the chance to socialise with other members of the group.

The first official "Vets" game was against Sutton Bonnington, on the Hickling pitch, managed by Rug (or is that Rugaldinho). That game was won 6-2 and interestingly the first 3 goals were scored by players with the initials JB. After 1 year Rug decided to retire at the top with a record of 12 games, 9 wins, 1 draw and 2 losses. Jeff ‘Safe Hands’ Haywood became our manager in 2006, and is now the longest serving Manager in Kinoulton Villa’s 28 year history.

From the original team of 2005 Jeff, Colin, Doug, Wol, Tony and John Ponytail are still playing along with Rug as best supporter and Jame Bogue as Chairman. Sadly, the "Youth Team" folded in 2012 leaving the Vet’s as the sole representatives of a club formed 28 years ago. It would be fair to say we are just a group of good mates who love to play football and enjoy the occasional social drink.

Kinoulton Villa is officially based in the village of Kinoulton which is located in the Vale of Belvoir right in South Nottinghamshire, right on the border with Leicestershire.

We play our home games in Cotgrave and have a mixture of players from around the Nottinghamshire area. As a vets team, all of our players are over the age of 35, with some even approaching 55!

We are a very social club and we are keen to impress on any new players the need to embrace this aspect. In terms of football, we play a decent but (mostly) friendly standard. We try and get in around 20 games a season which works out on average that we play 2 out of 3 Sundays.

There is no league, however, so any fixtures that we lose to the weather usually remain lost.

Learn, Grow, Smile. The Kixx programme offers a high energy, fun, creative and age-appropriate introduction to physical activity through football. It is also a great opportunity for your children to make friends. Our programme has been carefully designed for both boys and girls, ages 18 months to 10 years of age.

The Kixx innovative curriculum emphasises both the physical and social development of our children. Our goal is simple: to positively impact a child’s life at every opportunity.

Giving blood saves lives But it’s always in high demand. Our lifesaving service is required 365 days a year, and our dedicated staff work day and night to process, test and distribute donated blood. Every year we need around 200,000 new donors to ensure we have the right mix of blood groups to meet patient needs now and in the future.

Every day we need around 6,000 donations to meet the needs of patients across England. Which is why there's always a need for blood.

How your donation helps

The blood you give is used to treat critically ill patients, as well as those who have lost blood through an accident, surgery or childbirth. Giving blood is easy and safe. It only takes one hour and you will be doing something amazing. Most people aged between 17-65 can donate.

The club is based in Nottingham and welcomes members from young to 'masters' who wish to learn and improve their swimming. If you want to be involved with the club see below about joining. The aim of Nottingham Leander Swimming Club is to promote and take part in competitive swimming.

All Club teaching/coaching processes are devised with this aim in mind and all swimmers are taught the correct techniques to achieve maximum potential. In due course, it is expected that members achieving the necessary standards will swim for the Club teams in appropriate events.

Although the club is ambitious, it is our aim to develop swimmers without excessive pressure, in a supportive, friendly, injury-free and non-aggressive environment. It is relatively easy to achieve success, particularly at young (9-13) ages by putting great pressure on swimmers and working them extremely hard, but this approach generally rebounds in later years and is not the Leander way.

As young swimmers improve, the club aims to bring them to a standard where they will be able to obtain entrance to the Nova Centurion (the County Squad), and from there progress to Inter-County, District and International standing.

Those who do not succeed in obtaining the limited number of “County Squad” places are, however, catered for in a training regime which continues into adulthood, and into the Club’s “Masters” section and Water Polo teams – truly offering “lifetime” training.

At Kickbox UK we pride ourselves in providing the best quality kickboxing training for all ages and fitness levels; this is supported by our Nationally Recognised Martial Arts Syllabus.

We recognise that everyone’s reasons for starting martial arts vary; therefore we aim to deliver a wide variety in the classes and aim to improve our students' fitness, self confidence, flexibility, commitment and self-defence.

Most classes concentrate on the non-contact elements of kickboxing with specialist classes for those who wish to explore the competitive side of the sport. 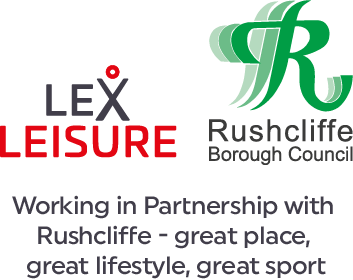